Design a site like this with WordPress.com
Get started
Skip to content
scribblechalkevolve Uncategorized April 28, 2020April 28, 2020 1 Minute

Above is the new idle animation, called the ground stomp. I put in a little extra work with this animation, I added in particle affects to make the animation feel more intense and I made the weapon add shading to the player.

To make the creation of this animation easier, I separated the arm from the body, which initially was attached to. I then put the spear on a different layer, which was in between the body and the arm.

Anyway continuing on from the animation, I started to implement it into the game. To do this I first added in the code in the create action:

Once I have the create code, I wrote the code that would apply the animation and sound affects: 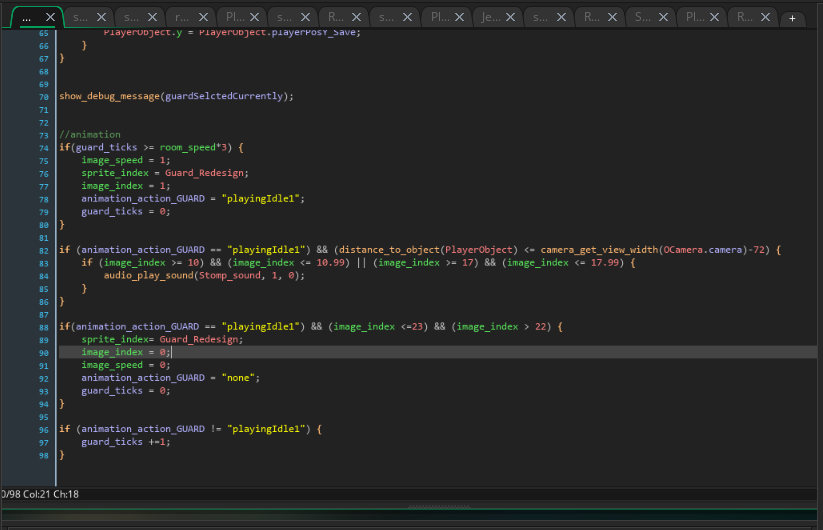 I have only added sound affects on 1 other animation, which is the flute, but I thought that this animation really needed the sound affects. I might add it to more, but that would be part of the refining stage of development.

With all the code added in, the end result looks like this: