I have noticed that using black outlines makes the selected area pop out more, with some exceptions, like shadows and background scenery. I have also noticed that the perceived colours are different. It only has a slight difference, but it can make a massive difference between, getting a theme across and not getting it across.

By adding a black outline outline instead of a dark brown one, it makes the colours seem lighter than they are.

If I add back in the shade I removed for more shading, it creates a darker shade than without the extra shade, but still lighter than having no black outlines. 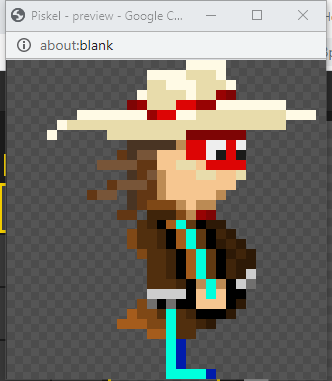 The screenshots I am showing are of the flute animation in development.

All the analysis in this blog post could just be, because of my screen contrast and brightness, so my analysis could be incorrect.

For the next two weeks starting from today (06/04/2020-/19/04/2020), I may stop uploading. If I upload it will not be as frequent as usual. This is because, I am currently taking a 2 week break for the holidays, only working about an hour on the following days: Monday, Tuesday and Thursday (3 hours a week).

I am doing this to give myself a rest to build up my energy again. I may work for more than an hour on the mentioned days, but my goal is an hour. 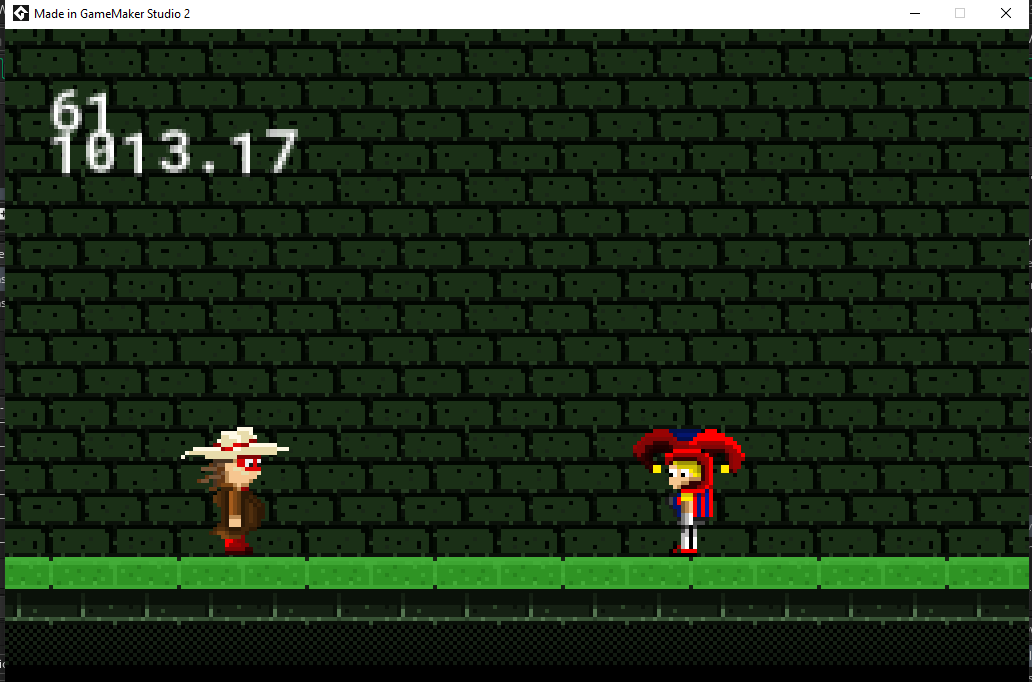 Above is the new platform texture. The new platform now has a bigger drop shadow, about 2x bigger. I altered the shadow, so it would further push it out from the background. I tested around by changing the drop shadow length and adding in shadow and light overlays, but found having no overlay was the best. I found that a 4px drop shadow was the best, because it shows the platform is a platform, but it is not hovering in the air. If I had no drop-down shadow, then the platform would  barely be visible.

I have also changed the platform, so it looks good in the air. I may not need one for the project, but I have one if I ever do need one. Here are two examples of it in action: 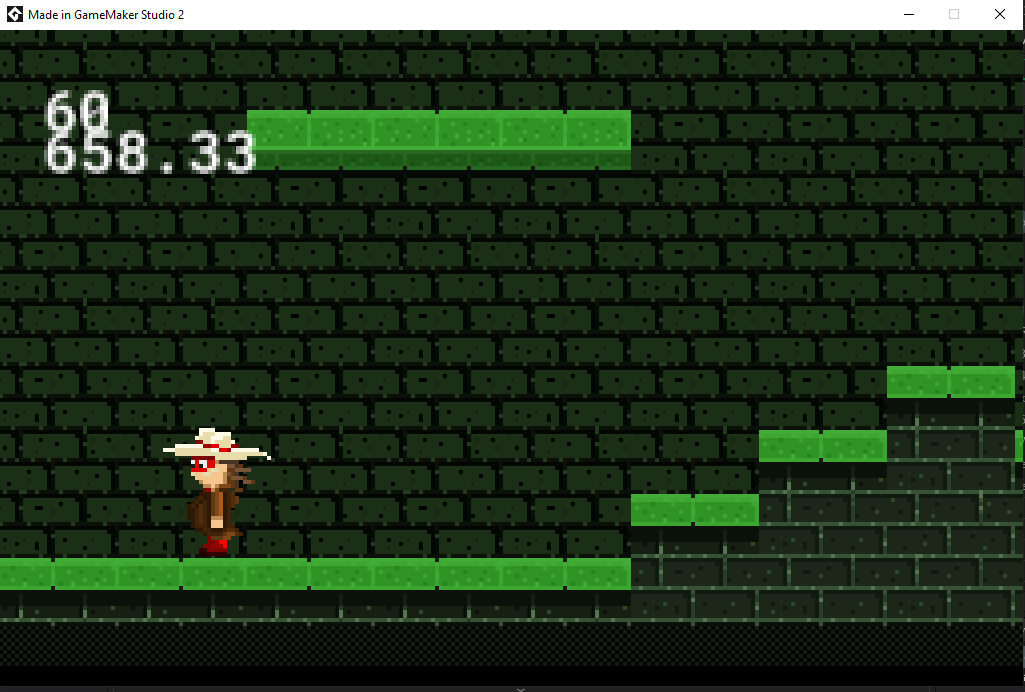 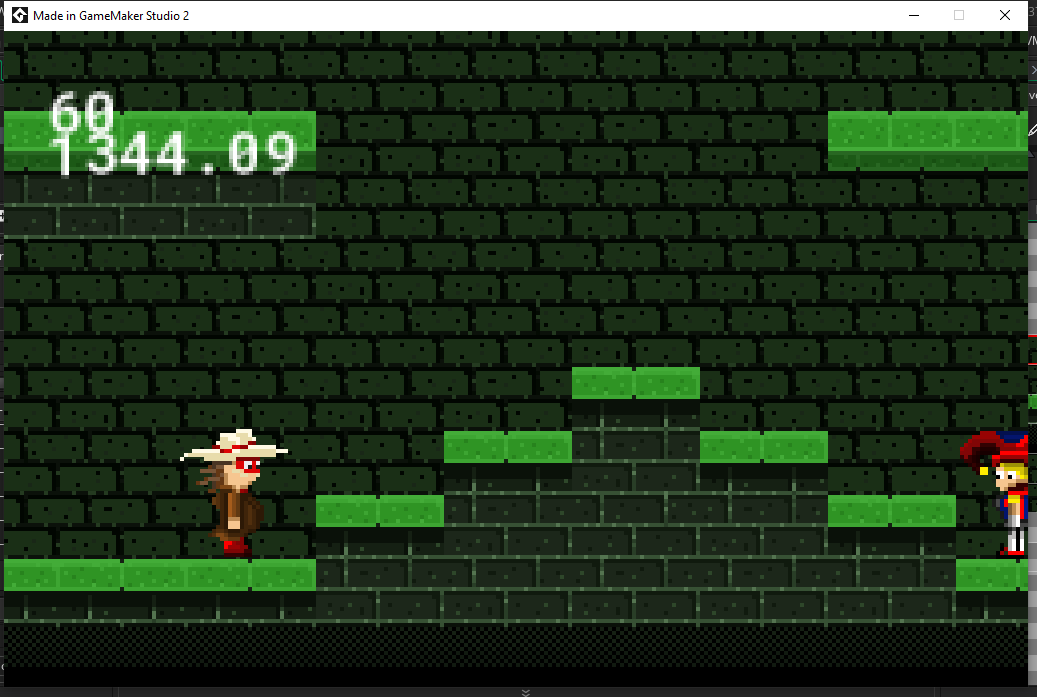 The first example looks better in my opinion, but the 2nd screenshot also works really well.

Jesty the Jester has also has had her outlines removed while in her running animation:

As you can see, she looks much more natural than before, here is what it looked like before: 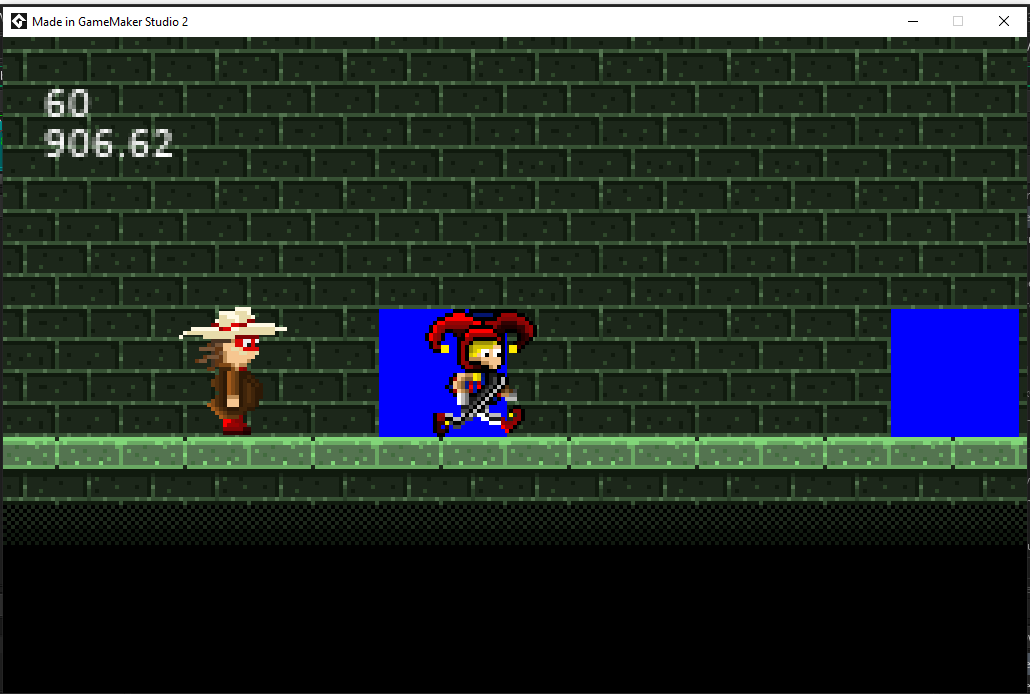 I am extremely happy and impressed with the progress I’ve made so far, seeming the previous screenshot was only a week ago. Quick side note, I’ve been cheered up and laughed a few times, whenever I’ve seen the idle animation play randomly.

Here is the animation:

I only just realised I can upload gifs without needing to upgrade, so I will be uploading the gifs from now on, but they are scaled up, so they will be blurred.

Above is the graphics for V1.1.1, which includes some colour palette changes to create a more visually pleasing experience. As well as making the foreground and background more distinguishable  from each other. 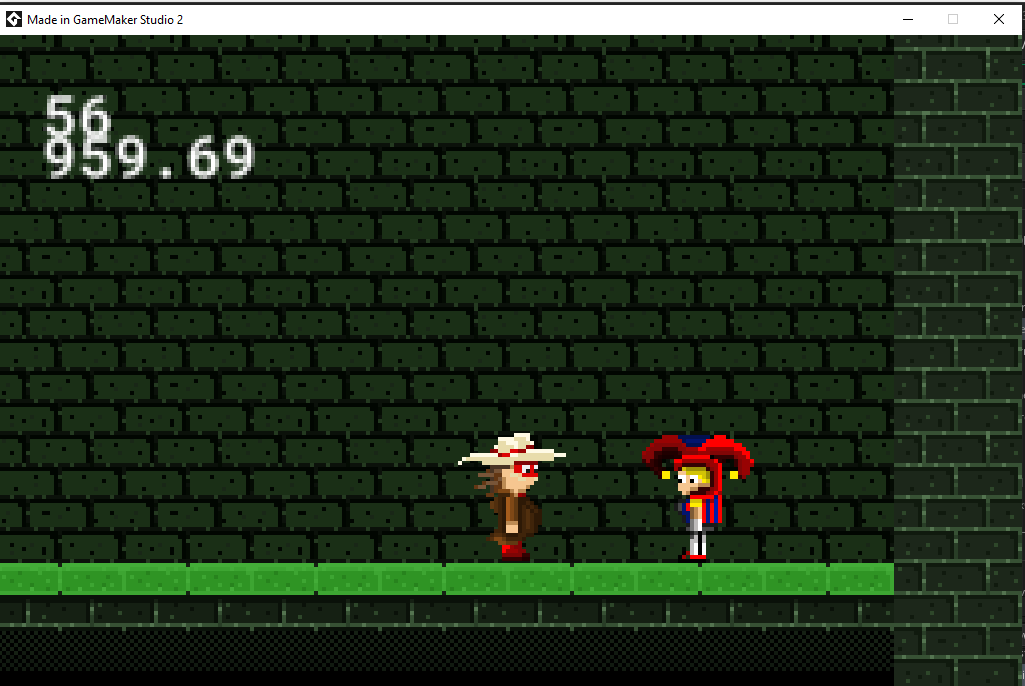 Above makes Jesty the Jester have a more consistent look to the main character, which has made her feel more natural than before. Currently the running animation does need some editing to remove the black outlines from the animation.

In the screenshot above you can see an enlarged version of the prison cell, which consists of a enlarged bed, a toilet (regular size), prison cell bars, a metal boarder and a prison door. The newly added graphics will be used at the start of game and above is an example of what it might look like.

Above you can see two almost identical characters. I have experimented with removing the black outlines, excluding the shoes and legs, because they were intentional decisions for her costume.

I have notice, that removing the outlines have made the character much lighter looking and now looks better and lighter than before. I will need to change the outlines of the run animation, because I did add in black lines to separate the vest and the torso apart.

The image on the right is all the frames that make up the idle animation. The screenshot on the left is the code that tells the game when to play the animation and what frames to use. I have wrote this is the step action, because it needs a constant stream of updates. Otherwise there will be a lot of issues.

This code does work currently, because there is only idle animation, but if I want a second animation to play off randomly, then I would need to adjust the code, so it only selects certain frames to run. This is quite easily done on a small scale, but may turn out to be overwhelming on a large scale. 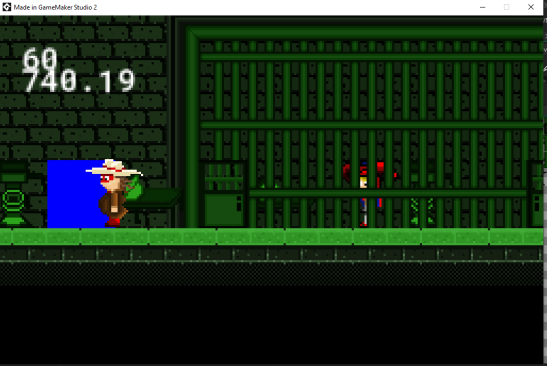 The above screenshots are of  the graphic tweaks. The one on the left is the old one and the beds are shown at a tilted angle (Making it look 3D). The one on the right is the new one and is shown from a full side-on view.

The reason I made this change is because, the 3D looking ones looked off, because the bed legs were going through the wall. I originally tried this angle, because I liked the look of it in a 3D view. I however, prefer the 2D view now, because it fits a lot better.

I have also made a long version of the bed because, I want the room to look bigger on the inside.